The Well of the Turk Winner of 2018 Experts’ Choice Award

The Well of the Turk has received TripExpert’s 2018 Experts’ Choice Award. The awards are based on over 1 million reviews from 85 leading travel guides, magazines and newspapers.

With endorsements from reviewers like Fodor’s and Lonely Planet, The Well of the Turk is featured on TripExpert.com as one of the best restaurants in Crete.

The Well of the Turk has also received TripExpert’s Best of Crete award. Reviewers agree that it is an outstanding choice for dining out in Crete. 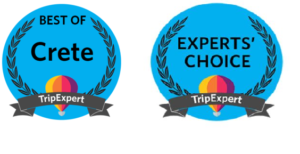 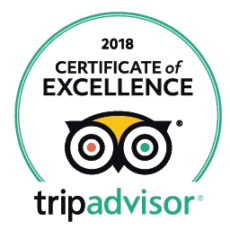 We have visited the well of the turk amazing place. We really enjoyed this restaurant the food is delicious everything is freshly made. All the staff were friendly with us. the service was quick didn’t had to wait long. The owners were helpful, we felld like we are home. We sure we will visit this place again.

Delicious food. We had walked past the restaurant a few times to go to and from our hotel. There was a delicious smell wafting out that just drew me in for dinner. Truly amazing! Atmosphere was great and staff were friendly.

Positive surprise. Something different in a menu with lots of starters, meze, and a short but decent selection of mains.
4 dips comes highly recommended.
Well worth diverting a bit from the ‘restaurant street’. Google maps will get you there fine.